Not since Nancy Drew has a young sleuth dominated pop culture; that is, until the 2004 debut of teen detective, Veronica Mars. Four successful television seasons and the 2014 feature film “Veronica Mars” showcase the field of private investigation to audiences – or at least the Hollywood version thereof. From the vantage point of plucky blonde high schooler, Veronica Mars, the series followed 17 year old Veronica as she solved rampant mysteries and crimes throughout her community and high school. So how true to life are the teenage PI and her methods? 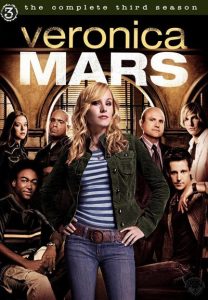 Played by actress Kristen Bell, 17 year old Veronica Mars’ story begins at a fictitious Southern California high school in a wealthy zip code. Life seems idyllic for Mars until sudden murder, rape, and conspiracy rock her world. Veronica’s father, Keith, is then professionally disgraced and removed from his position as county sheriff. Keith responds by becoming a licensed Private Investigator, and Veronica takes an after-school gig as his secretary. Though she isn’t yet an actual PI, Veronica assists with cases, often solving them before her father. Veronica also stumbles into the role of Neptune High’s de facto investigator, retrieving stolen mascots, unmasking computer hackers and solving a myriad of campus crime. At the close of season three, Veronica becomes an on official PI on her 18th birthday when she passes her licensing exam.

FACT: A Private Investigator in California must be 18 years old and pass a licensing exam.

Although three seasons of the program show Veronica Mars working PI cases, it is made clear that she is actually a secretary at her father’s PI firm and isn’t technically allowed to get involved in much of the investigative work. In the state of California, it is true that a 17 year old could work a clerical position with a PI firm. But just like Veronica Mars’ illustrated, one must be 18 years old to hold a PI license, and can only do so after passing a state exam.

FICTION: Passing an exam is the only prerequisite to becoming a PI!

In addition to passing an exam, a prospective California PI must have at least three years of compensated experience in investigative work, or meet certain higher education requirements or a combination of both. Veronica is 17 years old when she begins working with her father. Not only has her involvement with investigations spanned only a year, but she has technically worked only as a secretary. She would lack both relevant experience and work hour requirements. Licensing for PI work varies by state however, and there are some states that do not require any licensing at all.

FACT: Former law enforcement officials can work within the field of Private Investigation.

Keith Mars becomes a Private Investigator after he is removed from his post as county Sheriff. It is also fairly common in real life for former police officials to turn to the field of Private Investigation. Some do so after retirement, and other make the transition in hopes of higher pay for less dangerous work. The nuts and bolts of the fields of law enforcement and private investigation are similar, yet separate. In some states, a police officer can even hold a peace officer and PI license simultaneously. Those with a background in law enforcement will have a typically smooth transition into the field of private investigation. In the state of California, prior work as a sworn law enforcement officer or military police officer satisfy requirements for PI licensure.

FACT: Your private background data can be pulled from the web.

A recurring scene in the Veronica Mars program depicts Veronica entering her credentials into an online database to perform a background check on suspects. For most of the show, Veronica does this before she is a licensed PI. She is able to pull up addresses, plate numbers and criminal histories. It is true that within the US, this type of information is considered public record, and as such, can in fact be accessed by anybody with an internet connection and a credit card. Various databases exist, like the one Veronica uses in the show. The information is generally not free, however. With many scam sites out there, in reality only a licensed Private Investigator will be able to distinguish between a legitimate or bogus third party public record database.

FICTION: A PI can place a bug and spy on your conversations.

One of Veronica’s tried-and-true tactics is the planting of a bug to spy on suspect conversations. In reality, a bug is a wiretap and is illegal. Even eavesdropping is questionable with the persons having the expectation of privacy.

She may be a primetime darling, but the character of Veronica Mars couldn’t exist in real life. At least not in the crime-solving capacity that she exists in the show.