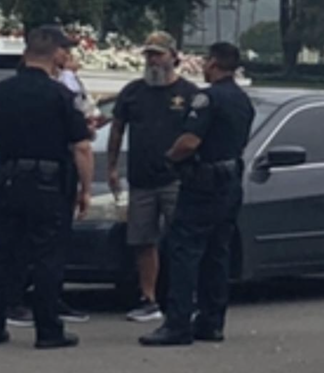 What’s The Difference Between A Retired Cop PI, and Paramount Investigative Services’ Investigators?

Choosing The Right Private Investigator In Los Angeles Can Be Difficult – Learn The Difference Between Career Investigators and Ex-Cops!

With countless private investigators in Los Angeles, businesses, celebrities, attorneys and residents all likely find themselves at a loss when determining which private detective is right for their needs. With countless 5-star reviews and testimonials from satisfied clients, Paramount Investigative Services enjoys a stellar reputation within the industry. However, former LAPD and retired cops often advertise their services as superior due to their previous experience in law enforcement.

While hiring a retired cop may seem alluring, Paramount Investigative Services offers an inside look at how the investigative industry operates across California – continue reading to decide for yourself what type of investigator you want working on your case.

While hiring a former police officer may initially fill you with confidence that your case is being handled by the most experienced individual possible, consider the following:

Police officers are trained to operate as law enforcement agents carrying out duties – not as private investigators who must handle situations more delicately to avoid a lawsuit. An ex-cop is likely to charge into a scenario haphazardly, or may even break a law that, were they still active duty, would be allowed.

Paramount Investigative Services recently encountered two ex-police officers who were stalking, harassing and even assaulting a client of ours – we subsequently served them, and they could very well face criminal charges for their misconduct!

Two examples of ex cops performing surveillance:
Massive SUV, empty street, and only 5 houses away from the family they’re watching. 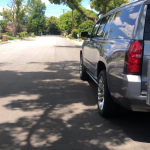 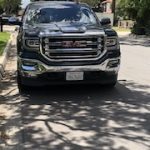 This team of “Retired Cops” is currently being sued for stalking, and harassment.  Consumers beware, these officers are being exposed for who they truly are.  Though the owner is a Retired FBI agent, the others are lying about their backgrounds and making horrible attempts to conceal their identities.  {If they were doing a good and or righteous job, why would they be concealing their identities?}  Their lead female investigator claims to be “Current Law Enforcement” when in fact, she’s only a volunteer on a monthly basis.  The second investigator is retired LASD but concealed his identity by using someone else’s handicap plaque and registered his vehicle out of state…..