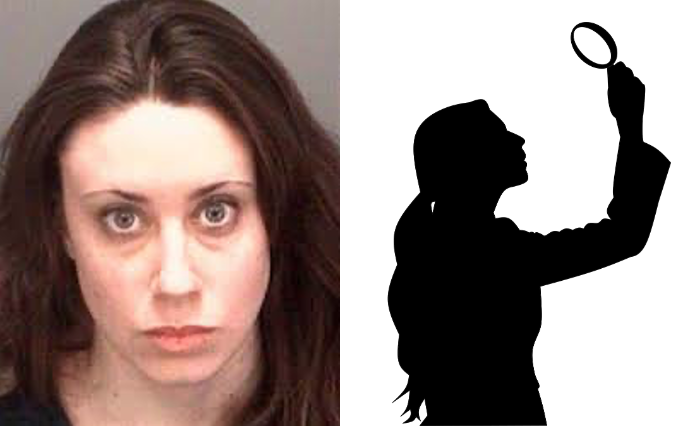 Casey Anthony became a household name in 2008 when she was accused of child abuse and manslaughter in connection with the murder of her three year old daughter, Caylee. The tot’s disappearance was reported by Casey’s own mother, Cindi Anthony, to whom Casey had lied for weeks regarding the whereabouts of her granddaughter. In a 9-1-1 call, Cindi told authorities Casey’s car smelled “like there’s been a dead body” inside. A hunt for the missing girl sadly concluded on Dec. 11. 2008 when Caylee’s skeletal remains were discovered in the woods near the Anthony home, with remnants of duct-tape and a blanket.

What do OJ Simpson and Casey Anthony have in common?  They were both acquitted for murder and have a connection with Mr. Mckenna.

During a six-week highly publicized trial, theories ranged from Casey using chloroform to murder her daughter, to a family cover-up of Caylee’s accidental drowning in the family pool. The truth about what happened to Caylee was never uncovered, though Casey was acquitted of murder and child abuse charges on the grounds of “reasonable doubt.”

She did catch a felony charge for lying to investigators about the kidnapping of Caylee by a fictitious babysitter – meaning that as a convicted felon, Casey cannot hold an actual PI license in the state of Florida. That doesn’t bar her from working in the field doing research or surveillance, which is exactly what she’s been doing for McKenna up until this recent decision to strike out on her own.

Casey met McKenna when she hired him to work on her defense team, and the two remained in contact after the trial concluded in 2011. They have even been living together since 2017, according to The Associated Press, though the nature of the relationship between 34 year old Casey and 72 year old McKenna is unclear. What is known, is that Casey has been working for and training under Patrick J. McKenna, Investigations. Casey’s new business paperwork is registered to McKenna’s property in West Palm Beach, where Casey and McKenna reside, according to The Daily Mail.

The Orlando Sentinel reported that an unfortunate woman shares the babysitter-kidnapper’s supposed name, Zenaida “Zanny” Fernandez-Gonzalez. The real woman had never actually met Casey, Caylee or any of the Anthony family members, but has been tied to the murder case ever since. Perhaps “Zanny” can hire Casey to help her out?