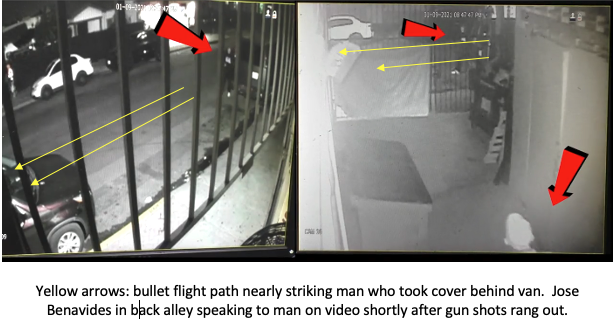 Today, LA resident Jose Benavides sits in jail, as he has for the last six months, while evidence clearing his name bounces between desks. He missed the birth of his son, and his family continues to suffer the financial burden of his absence. 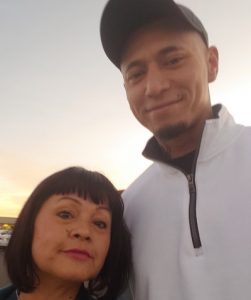 Benavides is innocent, but his release rests on proof that has been snagged in a bureaucratic web spun by newly elected LA County District Attorney George Gascon.

Someone like Jose Benavides should have been set free long ago.  Luckily our criminal investigators have secured good witness statements along with recovering videotape proving Jose was not the shooter.  For further information about how we can help you or a loved one, please click here to read further about our Los Angeles investigations witness interview Services. 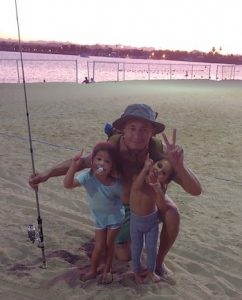 Gascon’s recent downsizing and reorganization have left crucial departments in upheaval, making it near-impossible for the video evidence clearing Benavides to get to the appropriate party.

“This is the third time this trial has had a change in prosecutor, and it’s been six months. We don’t even know who to address the evidence to at this point. Nobody knows what is happening. It’s a mess,” said Ken Childs, Lead Investigator at Paramount Investigative Services, Inc.

Childs’ investigative team was hired by Benavides’ mother, a coffee shop waitress desperate to vindicate her son. It is not unusual for Private Investigators to aid LAPD or assist with a defense, but Childs says this case has been anything but typical.  His team has worked high-profile cases in LA for more than 20 years, but this has him worried for every resident of Los Angeles County. 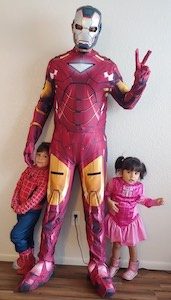 “The terrifying thing is that what’s happening to Jose could happen to anybody right now,” Childs said. “The only thing he’s guilty of is living in a hostile neighborhood.”

Benavides was arrested in connection with a gang-related shooting that occurred on January 9 in front of his apartment building in Boyle Heights. Benavides fled when gunshots rang out – just as anybody might have done. Police used surveillance footage as well as witness statements to compile a description of the shooter’s clothing. Jose was picked up two weeks later as a potential suspect.

Childs’ team were lucky enough to spot other cameras in the neighborhood, missed by LAPD. They obtained clear evidence showing that not only did Benavides not match the description of the shooter, but he can also be seen elsewhere when the shooting occurred.

Jose’s mother says she prays that Jose will be set free soon so that the family can begin to recover. Both she and Childs hope that by telling Jose’s story, something changes so that another family will not be similarly torn apart.

“We have indisputable evidence proving what the family already knew. It’s wonderful news for Jose and will help the police in eliminating a suspect and solving this crime,” Childs said. “The problem is that there’s no clear pathway for this evidence to get where it needs to go and that is a threat to justice for all.”

To date, neither Paramount Investigative Services, Inc. nor the Benavides family have received any response from public defender Donald Lee’s office, where evidence was sent, certified.

The Benavides case shines a light on a threatening situation for all LA County residents. Those who live in neighborhoods prone to crime and gang violence will be worst affected. Childs says there are investigators ready to help but warns that this is only one piece of an unfortunate puzzle.

“You’re going to have to fight for you,” Childs said. “Thanks to Gascon, this is now truer than ever.”

If you or someone you know has been wrongly accused of a crime, Paramount Investigative Services, Inc. offers a free consultation to assess your case. For more information, visit www.licensed-investigator.com or call (877) 456-7726.